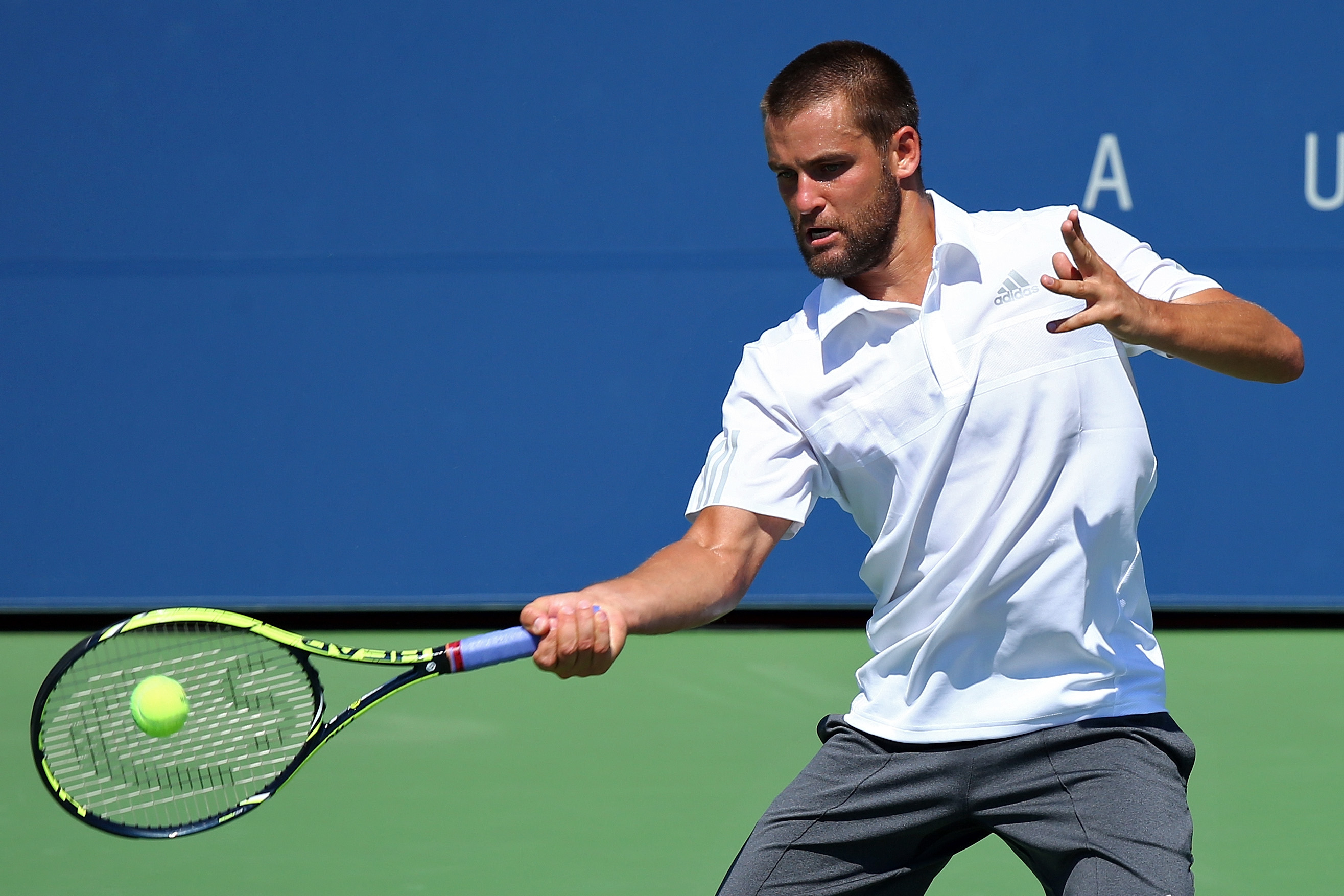 NEW YORK, NY – AUGUST 25: Mikhail Youzhny of Russia returns a shot against Nick Kyrgios of Australia during his men’s singles first round match on Day One of the 2014 US Open at the USTA Billie Jean King National Tennis Center on August 25, 2014 in the Flushing neighborhood of the Queens borough of New York City. (Photo by Elsa/Getty Images)